In July 2020, there were reports from multiple news outlets and international agencies of a violent attack taking place in the North Darfur community of Fataburno. According to the African Centre for Justice and Peace Studies, protesters had organized a sit-in beginning July 6, calling for increased security against armed militias from Arab tribes. The reports said a violent attack occurred against peaceful protesters on July 13, claiming the lives of 12 and injuring 14 others. On the same day and in response to the reports of the attack, a security committee visited villages where violence allegedly happened but their starting point was from villages mostly under siege by Arab militias. Reports said protesters went on to burn the Kutum police station where the delegation tried to take cover, about 18 kilometers from Fataburno.

The Sudanese Archive analysed a video that was likely shot on July 13, showing what appears to be dead bodies, strewn on the ground, the sound of shooting, and people screaming. The video, which contains graphic content, was published on July 13, 2020 with a description saying it shows the consequences of the attack.

The video begins showing a group of mostly women and children clustered together, apparently taking shelter. The women are screaming and shouting, and children cry. The women are sheltering under a roof between two yellow-walled buildings with green doors and support beams. The sun is high in the sky, casting only short shadows beside the building. For the first 5 minutes of the video, the woman talk among each other while the videographer walks from side to side, offering glimpses of the surrounding area, including knocked over chairs and some buildings and a radio or cell tower in the distance. At 5 minutes into the 12-minute video, a few of the women venture out, one wielding a stick, but quickly retreat as sounds of weaponry can be heard and smoke is seen in the distance.

The video appears to have been shot within Fataburno, around the coordinates: 14.143209, 24.537176. Sudanese Archive was able to determine this location by matching the location of the radio or electricity tower and key buildings, including a house with a surrounding wall and another house adjacent to it, seen as the videographer walks around. As well, based on the weather that day and position and length of shadows in the video, the video was most likely taken around midday, aligning with other reports of the attack.

Likely location of the video based on the matching of buildings and a radio or electricity tower to satellite imagery. Source: Google Maps

As the video goes on, the videographer and others move out of the building toward the east, where other people can be seen. Two people are shown carrying a limp man in a white shirt and brown trousers, and laying him on the ground. He appears to have been killed, and has signs of injury. The video then skips slightly, and shows another victim: a man in a black shirt, who appears to have been young and is clearly dead, laying on the ground, injuries apparent. As the people are crowded around the two bodies, they begin to run and sounds of gunfire can be heard.

An image of a radio or electricity tower that can be used to help locate the site of the video.

Several buildings visible in the video near the radio or electricity tower that were matched to satellite images of Fataburno.

Likely location of the buildings and radio or electricity tower seen in the video, as identified on Google Earth satellite imagery

Numerous reports included a figure of 14 killed, and others injured. The video analysed was posted on Facebook and accompanied by a list of 14 names of those it purports were killed on that day. In the video, Sudanese Archive was able to confirm two victims are visible, both who appear to have been killed. 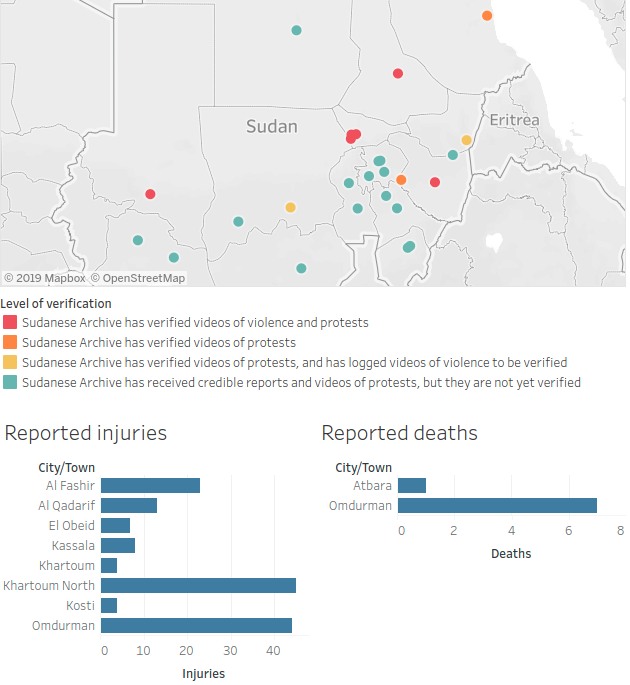 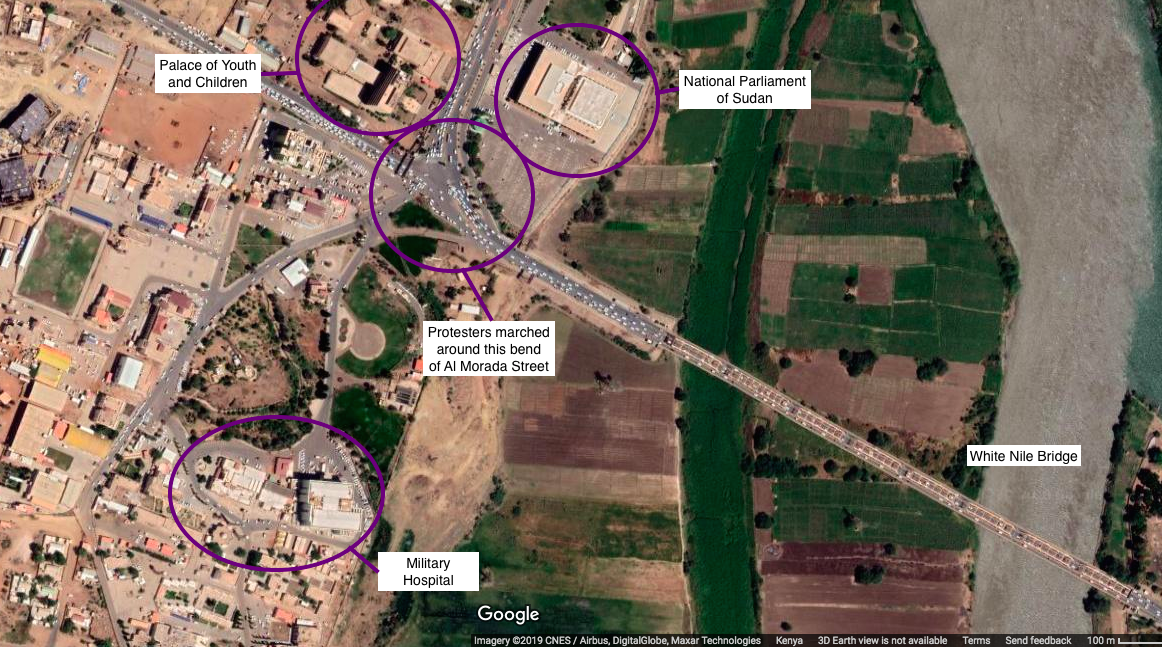 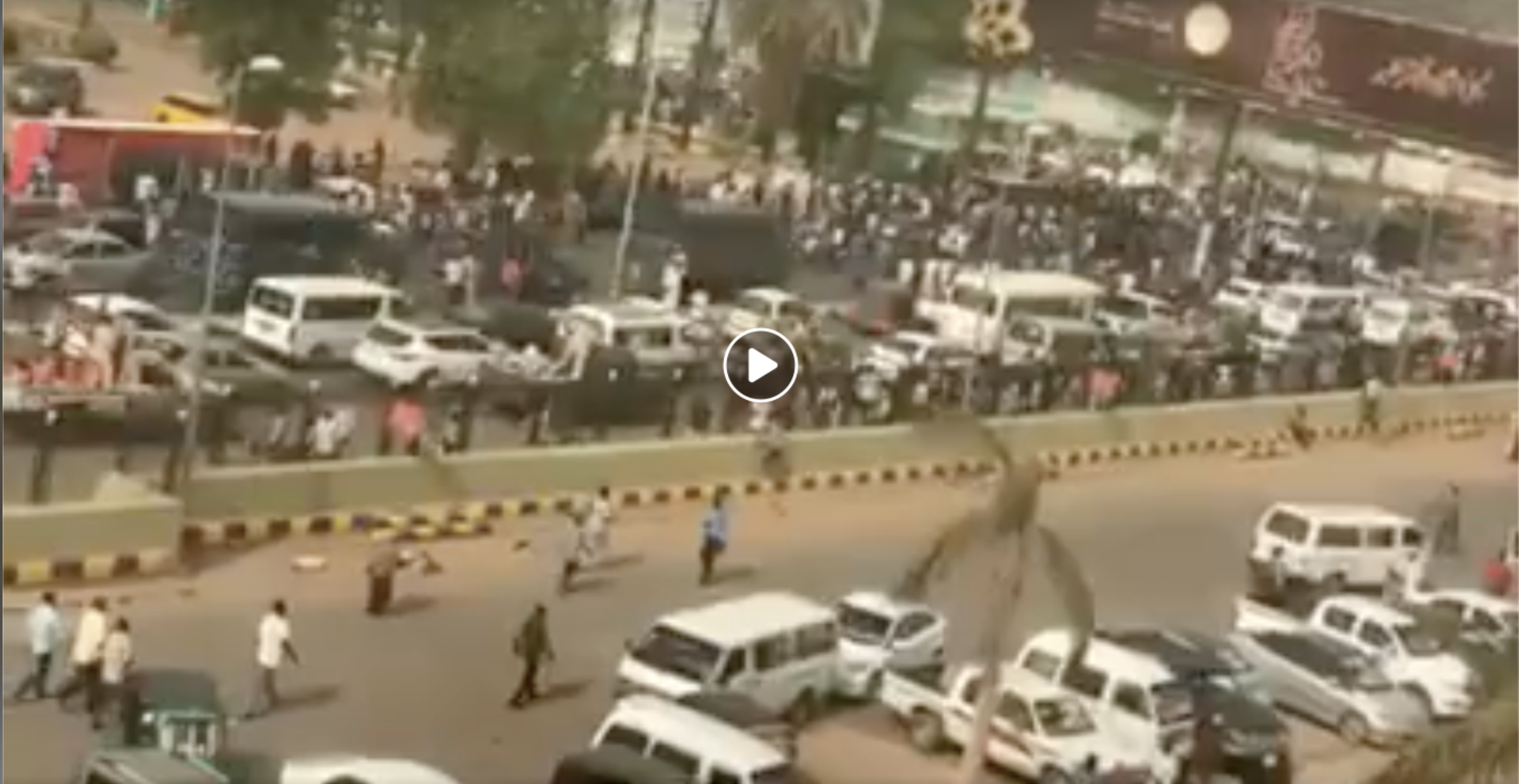 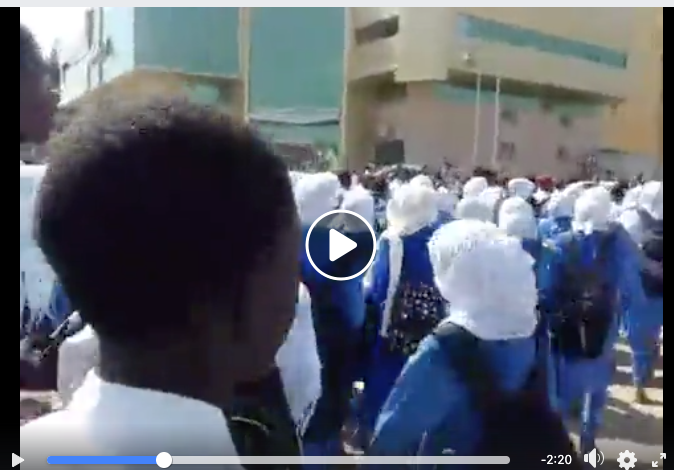 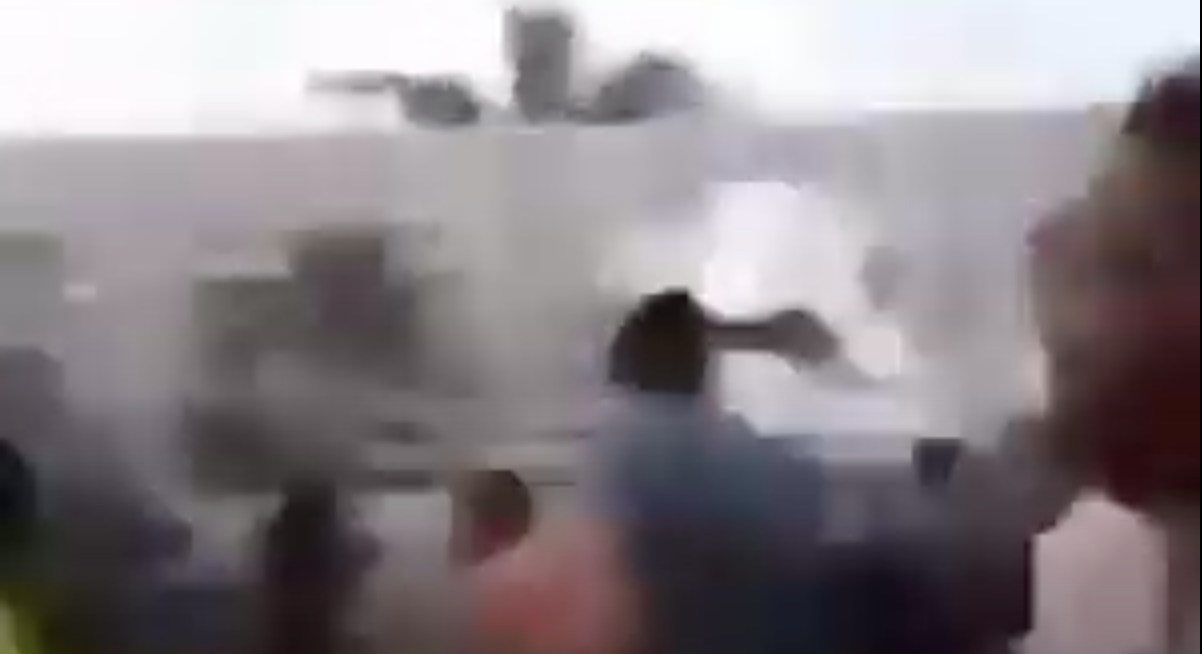 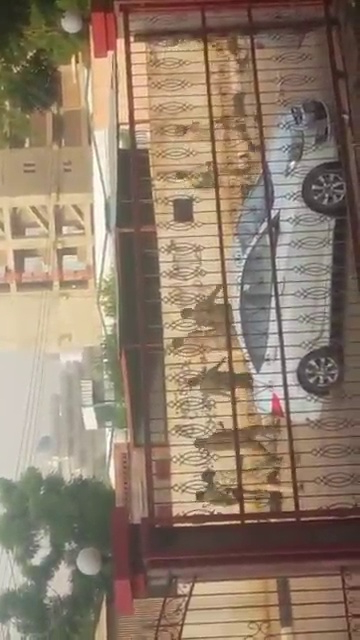 Violence during 'millionth march' in Al-Qadarif on June 30, 2019
Evidence protesters were injured and targeted while on hospital grounds Fri Jan 29 2021