Evidence protesters were injured and targeted while on hospital grounds

Following a deadly crackdown in Khartoum by Rapid Support Forces (RSF) on civilians, which killed more than 100 protesters and injured several hundred others on June 3rd, 2019, civil society organizations called for wide-spread protests across Sudan in a collective effort to demonstrate against military rule and the violence that took place on June 3rd. 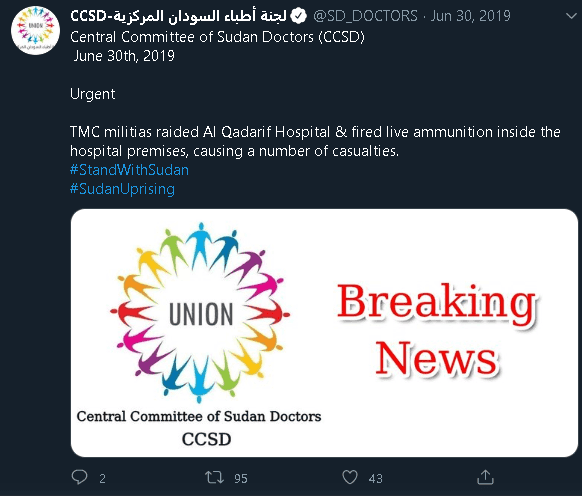 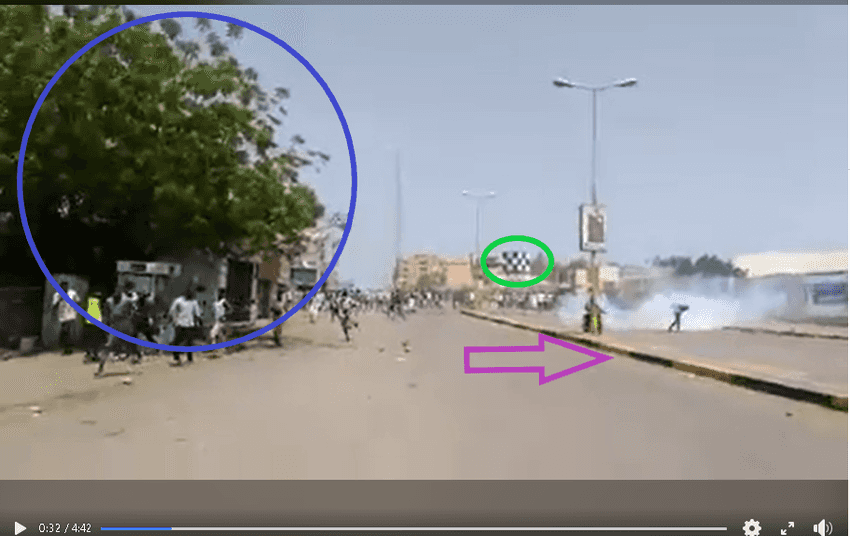 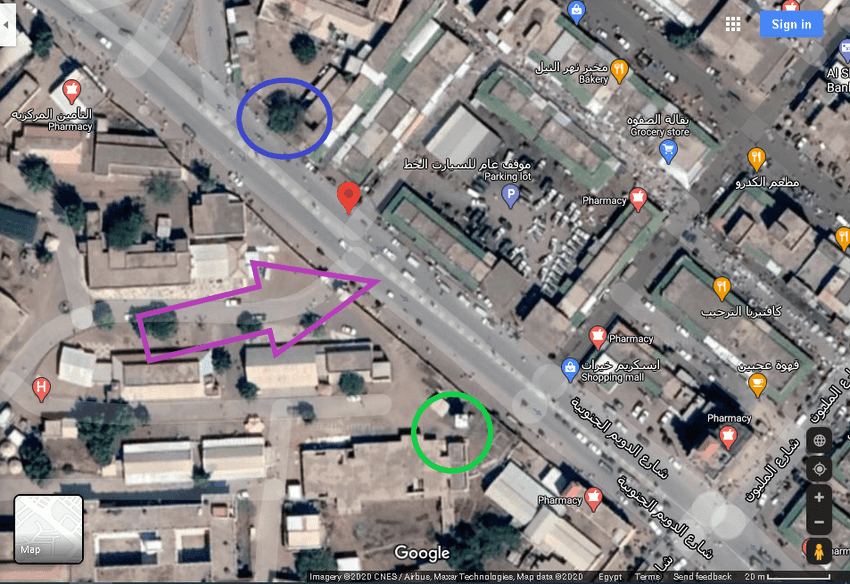 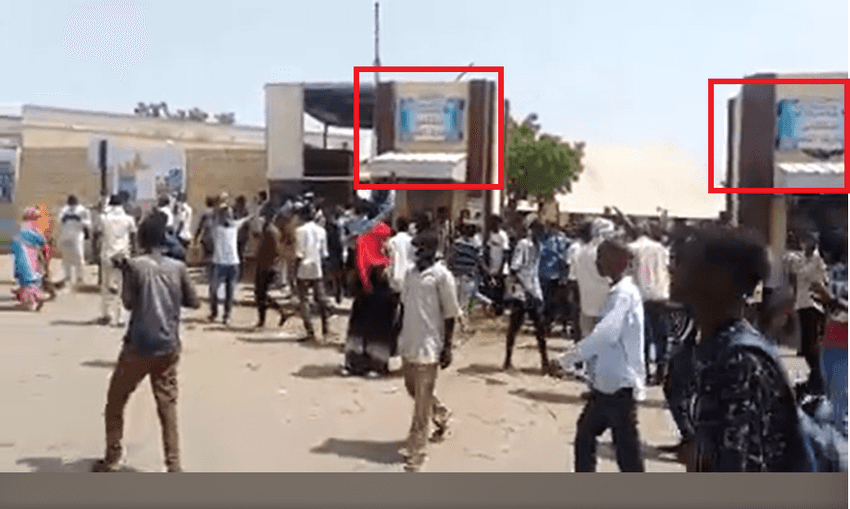 The footage bears some similarity to the first video as we can see a multi-layered building and the chequered tank from the first video. We compared other landmarks to Google Maps and found for example the blue box and a two-sheet, green building on the map. That led us to these coordinates: 14.039456, 35.388220, which places security forces on Al-Qadarif Hospital grounds. This corroborates CCSD allegations. 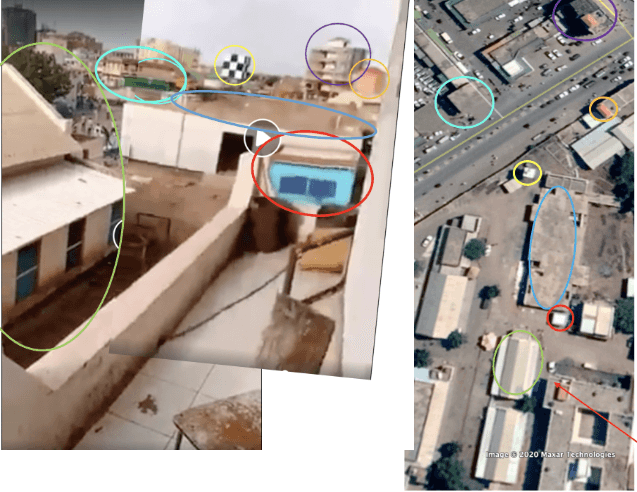 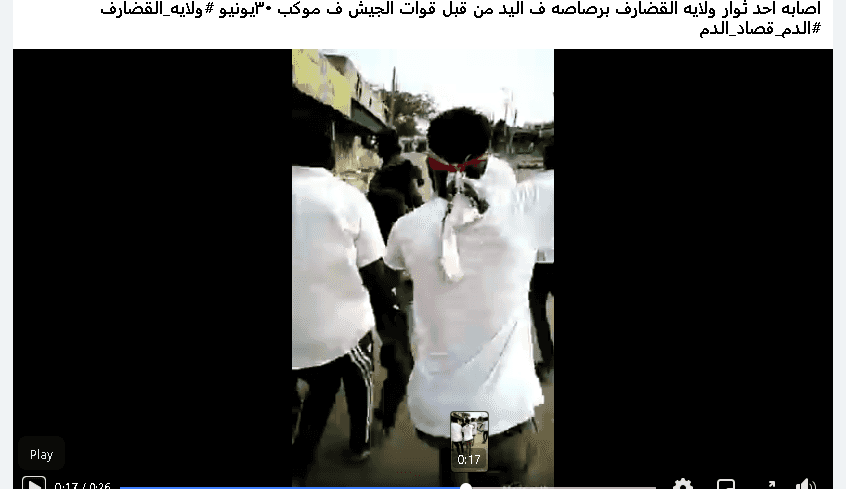 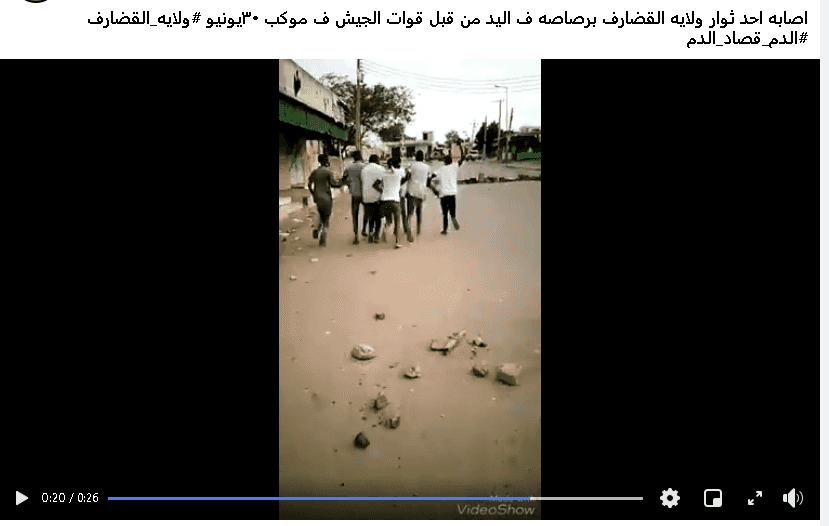